Skip to content
I am going to speak about myself although a recovering narcissist, and now even in spotlight.
I am a Marwadi who dropped out of engineering. A single exam away from degree. The reason being went to see movie “Dil Hai ki Maanta Nahi” with my girlfriend then, wife now. Such was the state of my heart then, still remains now.

This story sounds oh-so-romantic and unorthodox, but its not more than my inability to clear my exams.
Lets take two other scenarios here.
My brother had visited me from Pune. My mother is seemingly fonder of my brother, between the two of us. She denies this but it’s evident as she  gladly volunteers to cook on every time he visits. Typically when the food is ready on the table, she calls out for all of us. My brother, our wives and I are quick to respond as we can hear her even out of discordant mixture of sounds. Our children though are deaf to her calls. Their senses are loyally committed to their respective telephone screens. They would be also oblivious to a herd of drunken elephants partying in the next room. These screens make them comatose narcoleptic.

In another scenario, an academically well-handed nephew of mine had his board’s couple of years ago. On my bit i gave him some printed ready reckoners, formula keys, some solved question papers etc. a bagful of references that a student might find difficult to accumulate. I happened to go to his place and find that bag unopened, unused idling at the same spot.
My cousin said that all the time her son was plugged on his phone. Chances of him getting a decent grade were low. Not only did he not study during the days, parents found him sleeping away to glory in the night as well.
Parents- funny lot- are convinced that their ward is labouring only when they catch their child burning the midnight oil. The child must isolate himself from all social outings and human pleasures. Should be the person who lifelessly consumes and ruminates the curriculum.
Well turned out this nephew secured 96 percentage, probably sum total of both his parent’s percentages during  their boards. The man had downloaded audio version of entire course. He managed his time so well, that he looked free, relaxed and saving the midnight oil.

In both the instances above the technology is new age. but that itself doesn’t qualify it’s unorthodoxy. It’s usage and context does. The same technology can lead to addiction or management.
Now, let me show you a small video.
Click here!
My long time friend, Dr Sudhir and I, have commenced a world wide journey travelling to approximately 60 countries at a stretch. We call this event, Steering Story.
Since this drive around the world is kind of all consuming for me right now, I’m going to try and centre talk around it while addressing the subject of Orthodoxy. 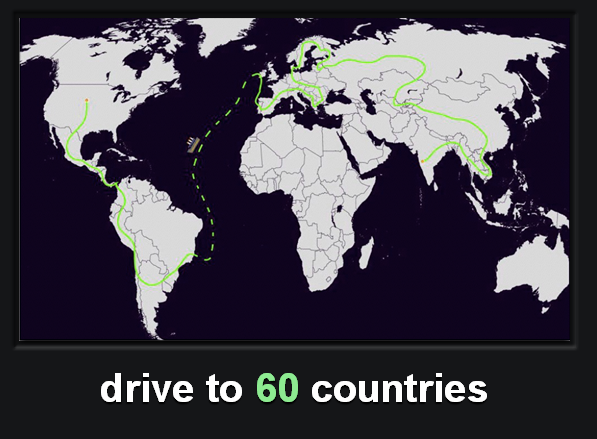 Sentiment behind the journey is celebrate life.
Steering Story is a drive across the world through four continents of Asia, Europe, South America and North America covering 70,000 km for more than 300 days.
Now this isn’t an airy-fairy idea occurring on a lazy Sunday afternoon. It also is not an escape to overcome a crisis at my age. The thought has a precedence. We have been fairly explore- all, experience all varieties. For last decade we have been doing motorbike road trips, long distance cycling, trekking, marathons, etc. This drive is an extension of that. Though on a larger canvas.  This trip is stretching our limits and pushing the envelope further.

So, around four months ago, when I announced to friends and family that I planned to make this road trip around the world, these were some of the typical responses that I got…
From the Wife saying: pagal thay gayo che? (Have you completely lost it?)..
To friends and family, offering their two bits..:
“But why?
“Mid life crisis?”
“Have an affair.. Less complicated..”
“Dude.. Just drive to Lonavala, have lunch at Kamaths and come back.”
Why are we doing it? Simple answer is because it can be done and there is no reason why it shouldn’t be done. The same reason why an author writes or a film maker produces. Both do because they are passionate and convinced about their content.
Any company or an organization hasn’t commissioned us. We have no deeper causes. No virtuous angle. No high moral posturing.
This is a personal endeavor. Just like Taj Mahal was a personal endeavor. Any socially relevant movement starts as a personal endeavor. People find merit in it and join in.
Several man-hours have been spent on preparing for this journey. first is to chart the plan and make a road map ready. to check border protocols, to study feasibility of trans-continental ferries, to understand regulations and permits of each country, visa to 60 countries cultural peculiarities, for e.g. Bhutan is a non smoking country, Bolivia has restriction in selling fuel to foreigners, Guatemala and El Salvador do not permit right hand cars. China insists on local number plates to drive in the country. Drones are banned in handful of countries.
During this journey we intend to call upon eminent personalities in each country.
They could be anybody an artisan, a musician, an RJ, social entrepreneur, farmer, activists, educationist. Basically a mixed bag.
They are all, illustrious in their fields and make significant contribution to society. they are instrumental in bringing progress to our lives.
We will meet them, shadow them for a day or half. ask them questions. Vlog them and get them to public domain.
Let people know what inspires the inspiring. 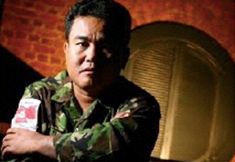 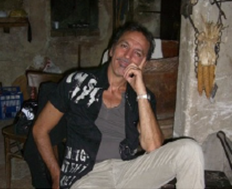 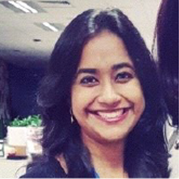 Both Dr Sudhir and I are every day men, with regular lives. We have our day jobs to pay our bills and feed our families. Passion also isn’t penniless. Conventional wisdom would have asked us stick to our jobs. 300 days of departing from familiar is filled with risk.

But not taking risk is risky.

Few aspire, fewer pursue and fewest achieve. This trip is about any regular person who aspires to pursue his or her passion. If we are sitting on an idea, we have to stand for it and steer it to reality.
Let me simplify unorthodox for you.
Unorthodox need not be dramatic, my bunking one paper during my final exam is the case in point.
Unorthodox does necessarily mean deviating from the norm or cliche. They exist because they yet work.
Unorthodox is also not about the timeline. Mahabharat is an account of timeless human greed. The book is a classic and yet relevant.
Unorthodox must be weighed only for its outcome. Its not the technology, but its usage and context must be weighed and judged for orthodoxy. Same paintbrushes and paints were used to create Monalisa. A faster  operating system or a smaller storage device is just a numeric if it doesn’t serve larger human interest.
Unorthodox may well be sum total of small orthodox steps. The world drive we are talking about may sound very radical and challenging to you, but if you break it down into small pieces, its nothing short of good old planning.
Unorthodox only means ability to adapt to change.
A change that brings progress economically, intellectually, emotionally or spiritually is unorthodox.